Seen and not heard 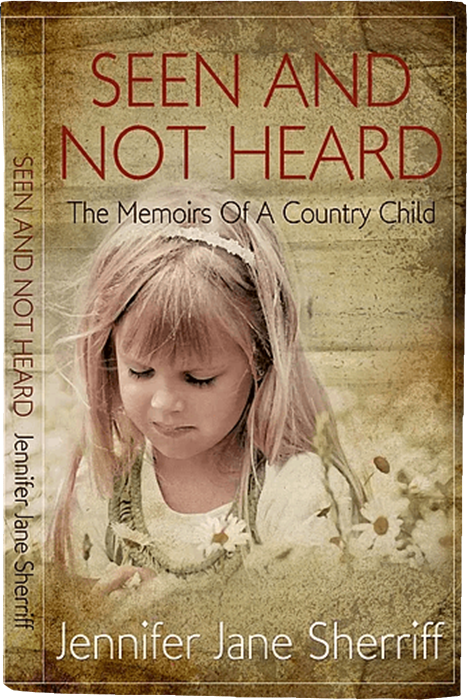 Born in 1944, Jennifer had an idyllic childhood – even though some of her earliest memories were that of the terrifying sound of bombers taking off and landing at nearby Tempsford airfield. Raised by her loving family as the youngest of four siblings, Jennifer enjoyed a life of stability and prosperity on the outskirts of England during some of the biggest societal changes the 20th Century ever saw. However, this idyllic existence came to an abrupt halt when her mother tragically took ill and died, thereafter, fracturing the family forever.
Her distraught father sought companionship in Pamela, the family’s land-girl, who had promised Jennifer’s mother before her death that she would look after her children, the family attempt to adjust to their new circumstances.
Following Jennifer as she struggles to cope with life without her mother Seen and Not Heard brilliantly captures the flavour of Britain’s post-war years by an evocative array of autobiographical stories.

A series of memoirs chronicling her unique upbringing, Jennifer Jane Sherriff’s grippingly personal Seen and Not Heard sheds light on a defining time long since passed. A snapshot of post-World War ll life and the struggles that came when dealing with the sudden loss of family members, adapting to new homes and taking on increasing responsibilities during a period of great uncertainty, Jennifer’s stunning memoir paints a vivid picture of a lost 20th Century childhood.